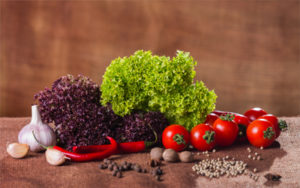 But, does the diet live up to the hype!

Sensitivity to Natural Food Compounds is a great introduction to this article.

Salicylate is a general term for several related compounds in plants. The most well-known compound is acetylsalicylic acid (ASA) – the active ingredient in aspirin. ASA was originally isolated from willow bark. Food salicylates are mainly in the non-acetylated form, so they are a little different than ASA. They are considered nutraceuticals (naturally occurring chemicals in plant foods with health benefits – particularly anti-inflammatory).

Dr. Feingold first popularized the concept of food salicylates sensitivity in the 1960s and 70s. The Feingold diet was promoted to treat hyperactivity in children (reduced salicylates, food colours, certain additives, etc.). In the 1980s, a research team at the Royal Prince Alford Hospital (RPAH) in Australia studied a diet that eliminated the above compounds, plus amines and glutamate. The Feingold and RPAH diets still have followers but are not widely accepted in the medical community.

Despite the drawbacks, these results are exciting and will hopefully encourage future research.

Defining a precise list of high salicylate foods is not possible due to the lack of research and tremendous variation. The most recent information comes from the article: A systematic review of salicylates in foods: estimated daily intake of a Scottish population. For many foods, there was only one sample, but for the foods with more than one sample, there was great variability. For example, the five samples of blueberry ranged from 0.33 – 27.80 mg/kg and the three samples of chilli powder ranged from less than 0.2 – 1466 mg/kg. Salicylate content is affected by growing conditions (soil, temperature, etc.) and storage/processing. Therefore, salicylate levels of food grown in one area, such as Australia (location of most of the research), may be different than another area.

Are you following unnecessary diet restrictions? We can help you break out of the Food Fear & Symptom Cycle and expand your diet.